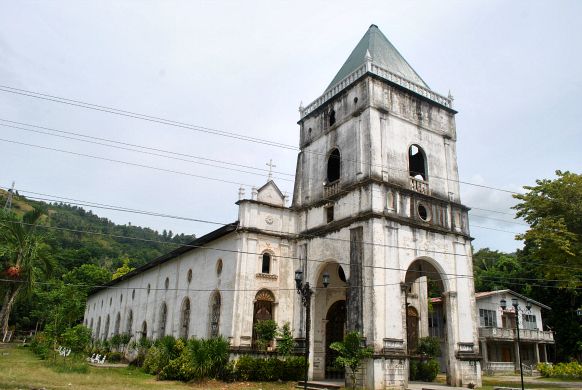 The Municipality of Alegria is in the southwestern portion of Cebu island. It is bounded in the North by the Municipality of Badian; on the East by the Municipalities of Dalaguete, Alcoy and Boljoon; on the south by the municipality of Malabuyoc and on the west by the Tanon Strait. The Municipality is 117 Kms. away from Cebu City. Alegria is one of the 44 towns and considered a 4th class municipality of Cebu Province in the Visayan Region of the Philippines. The census in 2015 registered a total of 23,300 people inhabit the sleepy and peaceful town. Alegria is generally hilly and mountainous. Alegrehanons are mostly engaged in fishing, farming and cottage industries. Some of its leading products are home decors and accessories made from bamboo, which is popularly known as kawayan. Its total land area is 11.327 hectares which is divided among 9 barangays namely Compostella, Guadalupe, Legaspi, Lepanto, Madredejos, Montpeller, Poblacion, Sta. Filomena and Valencia.

Tourism is also another industry being prioritized in the municipality. Alegria has a handful of natural attractions such as caves, river systems, Spring, Waterfalls and mountains that would surely please any adventure (all centric), nature-loving traveler and for those who simply seeks for relaxation or a get away from stress.